Sporting KC will be facing DC United on Sunday and in this article, we will go over the top betting picks and odds for the fixture.

Let's check out these free betting tips for the Sporting KC vs DC United match and see if you like any of them. We got the betting lines directly from BetMGM. All of the betting lines you see above are subject to change, which means that you have to check them out before you finish placing the bets.

Sporting KC will most likely win the Wednesday game not only because they will be hosting it, but also because they already had a better season compared to DC United and are four points ahead of them even though they aren't in the same conference. Also, Sporting KC won three of the last five games they hosted against DC United.

In this section, you can learn more about the injured players and lineups for the upcoming game on Wednesday.

There are a total of six injured players from Sporting KC right now, so they won't be able to play this week against DC United. There aren't any suspended players though.

DC United also has quite a few injuries on the team with five people in total sidelined because of various injuries. They also don't have any suspended players.

In the tables below, you can check out the latest forms and scores of both teams before Wednesday's game.

Both Sporting KC and DC United are in the bottom section of the different conferences they participate in. We believe that Sporting KC will have the advantage and most likely win the game on Wednesday. Also, there is a high chance that the game will end without both teams scoring goals. 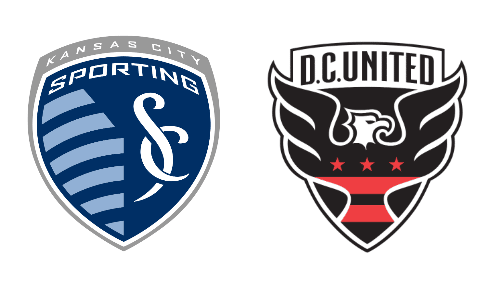