The next MLS predictions article we will present to you is Sporting KC vs Columbus Crew. The fixture will be on Sunday, and you can read more about it below. If you want to check out more MLS odds and free picks, visit our website.

The list below contains the top three free betting picks for the upcoming MLS match between Sporting KC and Columbus Crew. Odds from BetMGM are correct at the time of posting and subject to change. So, make sure to check the out on your bet slip before confirming.

The last three games in a row that Sporting KC and Columbus Crew played together ended without both teams scoring goals. Also, three of the last four matches for Columbus Crew ended the same way. We think that both teams won't score during Sunday's game because of those facts and because both teams’ recent form is bad.

Here, you can check out the latest Sporting KC vs Columbus Crew on Sunday.

There are three players that will miss Sporting KC's next match this weekend because of injuries. Jose Mauri and Alan Pulido have been out since late February, while Gadi Kinda is out for longer.

Columbus Crew only has two injured players right now that won't make it to the upcoming game – Kevin Molino because of his knee injury and Luis Mario Diaz Espinoza.

In the tables below, you can see the most recent match histories and scores for both Sporting KC and Columbus Crew.

Sunday's match is most likely going to end with a clean sheet seeing many of the games for Sporting KC and Columbus Crew ended with losses. Also, there is a chance we see more than 2.5 total goals during the game as we saw in many of the past matches involving Columbus Crew and Sporting KC. 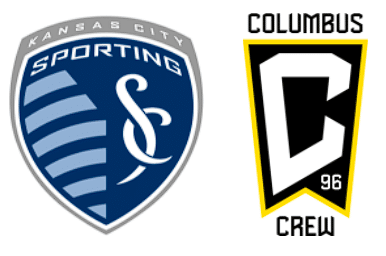