Today's only MLS match we will review is Seattle Sounders vs Sporting KC, which will be played on the 23rd of October. If you are looking for more MLS predictions, then check out our latest articles.

Below, you can check out our top recommended betting picks for the Seattle Sounders vs Sporting KC match this weekend.

All odds here are from BetMGM and are subject to change. This means that you should double-check your bet slip before placing these wagers.

The Sounders deserve a first place with having the most points in the Western Conference. They are six points ahead of Sporting KC and they have the advantage of winning the last head-to-head they played together, which was in mid-September. Also, the Sounders most have positive home games with four wins out of the last five matches at home, while Sporting KC lost or drew three of the last five away games they traveled for.

We believe that there will be a lot of goals during the match this weekend for multiple reasons. First, most of Sporting KC's games this season ended with over 2.5 total goals, including the last five they played. Second, four of the last five matches for Seattle Sounders ended the same way. Also, eight of the last ten matches that Seattle Sounders and Sporting KC played against each other ended with over 2.5 goals.

Let's go over the head-to-head statistics for both teams before their upcoming match on Saturday.

In terms of injuries, Sporting KC only has two injuries on their squad and one player that won't be attending the match due to personal reasons. The Seattle Sounders’ injured players are five in total and three of them are out with knee injuries. The other two players are out with injuries for various other reasons. The match this weekend will most likely end with over 2.5 total goals from both sides. 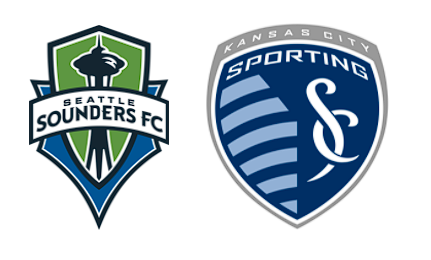