Today, we will talk about the match between Real Salt Lake and SJ Earthquakes on the 30th of October. Below, you can see our suggestions for the top three betting lines and odds for this weekend.

These odds are all from BetMGM and are subject to change. This means that you should double-check your bet slip before confirming.

Both Team to Score – Yes

Real Salt Lake is heading the Western Conference table not by points, but by most goals in their matches. Twenty-two of the thirty-one games they played throughout the season ended with over 2.5 total goals scored with an average of 3.1 goals per match for the season. Half of SJ Earthquakes’ games this season also ended that way, including three of the last five they played.

Below, you can check out the most recent match histories between Real Salt Lake and SJ Earthquakes.

Our Latest Conclusion & Injury Status for the Weekend Game

Both of the teams are poor compared to other teams in terms of injured players at this time. Real Salt Lake is out two players for this weekend, like last time, Farnsworth and Silva are still out with their injuries, and we don't know when they will be back. SJ Earthquakes will only miss Bersano this weekend because of a hand injury he suffered in June. 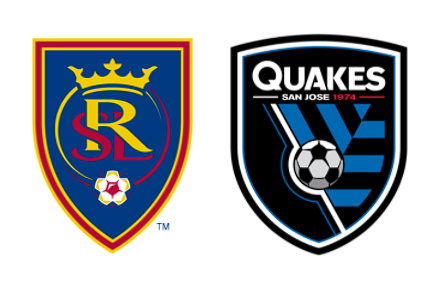