Real Salt Lake will be facing Seattle Sounders on the 6th of March. We reviewed the fixture and decided to share what we found about the likely betting lines and picks for this weekend. For more MLS predictions, you can check out our website.

Below, you can check out the detailed predictions from our betting experts. The odds you will see here are from BetMGM, but they can change at any time. This means that you should check out your bet slip before continuing.

Let's see which players will miss the Sunday game based on the injuries and suspensions for both teams.

Zackery Farnsworth is the only one injured since last summer, so the team won't fall short without him there. There are no suspensions for anyone on this team, yet.

Jordy Delem is the only injured player and he has been out for more than a year. There are no suspended players on the Sounders’ squad.

In these tables, you can check out the most recent data and odds for the upcoming match on Sunday.

The game this weekend has a high chance of ending with fewer than 2.5 total goals and we think that maybe only one team will score during the match. Both Real Salt Lake and Seattle Sounders lost or drew their first matches for the season. 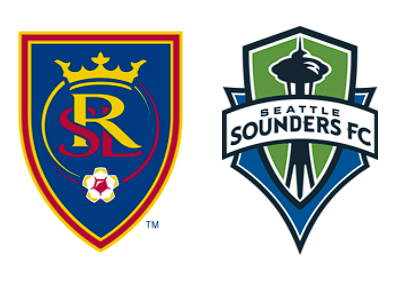 FAQs for Real Salt Lake vs Seattle Sounders on Sunday