Real Salt Lake will be facing Minnesota United on the 1st of September, and today, we will be reviewing the match and recommending the top picks for it. If you want to see more MLS odds and free betting picks, you can check out our website's latest content.

Our experts went through the stats and came up with the most likely predictions for the Real Salt Lake vs Minnesota United this weekend. Keep in mind that the odds here are from BetMGM and they are correct at the time of writing. Check your bet slip before continuing because they are also subject to change.

The last five games that both Minnesota United and Real Salt Lake played separately ended with goals from both sides of the pitch. This indicates that there is a very high chance we will see both teams scoring in their next head-to-head game this week. Three of the last four times these two teams played together, the matches ended with both teams scoring.

Information and Lineups for Real Salt Lake vs Minnesota United

Let's check out if any injuries or suspensions are keeping the teams from their full potential for the game's lineups.

Damir Kreilach and Bobby Wood are currently the only two players from Real Salt Lake who are still sidelined due to injuries. The team doesn't have any suspended players.

Minnesota United will have to miss a total of five players this weekend because of various injuries – Hassani Dotson, Jacori Hayes, Patrick Weah, Romain Metanire, and Kemar Lawrence.

Below, you can check out the most recent statistics and scores for the upcoming Real Salt Lake vs Minnesota United fixture.

Minnesota United is the clear winner against Real Salt Lake this weekend because they have a better form in their most recent games. Also, we think that both teams will score during the Thursday match, but only one will be the winner. 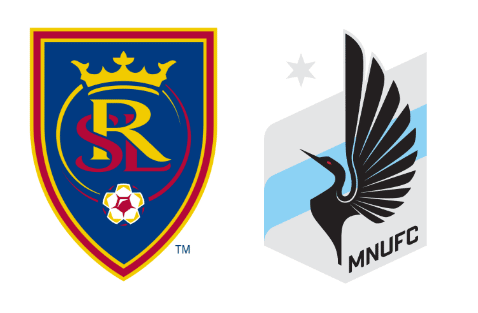