Let's review together this interesting clash between two teams who have met before in Liga MX.

Guadalajara vs Pumas UNAM: Our Best Predictions and Picks For Sunday’s Game

Pumas UNAM is perhaps the better of the two sides bud Guadalajara has a good record against them.

A total of 50 % of the last 10 head-to-heads ended with a draw result. Guadalajara emerged victoriously on two occasions while Pumas UNAM won three times. Guadalajara is one of the teams in Clausura with the most draw results this season – five in total and Pumas UNAM has four. Recently Guadalajara had a run of games (3) that all ended in a draw result after 90 minutes of play.

The most common outcome of this clash is the 1:1 draw. The last game between them was a goalless draw. Four of the last ten games ended with only two or fewer goals being scored and with a defense as good as Pumas UNAM’s we believe this game will have very few goals. The away team has conceded only 16 goals in 14 games during the Clausura.

Squad Insight And Data for Guadalajara and Pumas UNAM

Jesus Molina is the key injured player for Guadalajara.

With the team captain unavailable for this game, the pressure will be on Sergio Florres in the defensive midfield to prove he is a worthy substitute. He made 28 interceptions and 36 tackles this season and is currently the 13th most useful defensive midfielder in Liga MX. 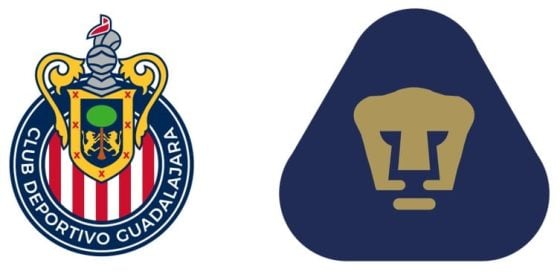 Odds and H2H Statistics for the Guadalajara vs Pumas UNAM Clash

Here are the best odds and head-to-head statistics for Guadalajara vs Pumas UNAM:

The away team has bigger goals right now. The CONCACAF Champions League final against Seattle Sounders is just a few days away and coach Andres Lillini will want to save all the strength he can. Keeping his players fresh for the final will be goal number one for this game and we believe that a draw is the most likely outcome of this clash. Especially considering the fact that from the three games against Guadalajara, he has two draws, one loss, and no victories.

Very Important Questions And Answers For The Upcoming Game: