Let’s review this interesting upcoming clash between Puebla and Juarez. Both teams are in dire need of points but let’s find out who will get them.

Puebla is in a rut. With so many points being lost recently, we believe that Juarez stands a decent chance of not losing this game.

No winners between Puebla and Juarez

Puebla is the better of the two teams. There’s no doubt about that. The team was in 7th place in the Apertura last season and did even better in the Clausura. Meanwhile, Juarez’s promising start this season came to a quick end, and now the team is back to the well-known performances from last season. Still, Puebla has had five consecutive draws in the last five games. Juarez also had two draws. Neither side has a victory in 10 games played.

Puebla had the 3rd-best defense in the Clausura last season and this season the defensive performances aren’t too shabby either – only 13 goals conceded in 10 games. But Juarez is even better. Only eight conceded goals in 10 games! The bad news for Juarez’s fans is that the attack is too unproductive. Only eight goals scored since the beginning of the season. 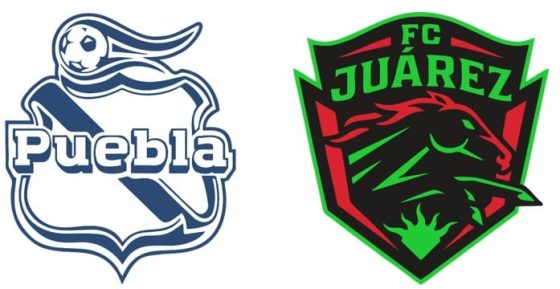 Squad insight for Puebla vs Juarez

There aren’t any injuries for Puebla and Juarez.

Martin Barragan is Puebla’s best attacker this season with four goals to his name. Gustavo Ferrareis is the best creator with three assists. Jordi Cortizo is the most aggressive player with four yellow cards. All three of these players are expected to be in coach Nicolas Larcamon’s starting XI.

Maximiliano Silvera received a red card in the game against Mazatlan and he will now miss the Puebla battle. Gabriel Fernandez is Juarez’s top scorer this season. He scored half of Juarez’s goals – four. He will undoubtedly be in the starting 11.

Make the most out of your money by using our charts. They contain valuable Puebla vs Juarez head-to-head statistics and odds for the upcoming game:

Puebla and Juarez will divide the points

Puebla and Juarez met on seven occasions in the past. It’s fair to say that this rivalry is quite balanced. Puebla won three games, Juarez won two games, and two games ended in draws. The most common result from those seven games is the 1:1 draw. This was Juarez’s last result in Liga MX in the game against Mazatlan. We predict a 1:1 draw in the Puebla vs Juarez game as well.