Here, we will go over the top Seattle Sounders vs Portland Timbers betting lines, picks, and predictions to find the best options for the match on Sunday. If you want to find more MLS predictions, visit our site's latest articles.

The list below contains our most popular betting picks for the Seattle Sounders vs Portland Timbers match, plus the most recent odds we could find. Odds from BetMGM are subject to change. Before you place any of these wagers make sure to double-check the betting lines.

Latest Lineup News and Injuries for Both Teams

Here, you can check out the most recent player injury and lineup news for both teams before their upcoming matches.

There are a total of four injured players from Seattle Sounders, but they don't have any suspended ones. The injury list consists of Xavier Arreaga, Joao Paulo, Raul Ruidiaz, and Obed Vargas.

Portland Timbers only has two injured players at this time – Diego Gutierrez and Cristhian Paredes.

In these tables, you can check out the most recent match histories and scores for both Seattle Sounders and Portland Timbers.

Summary of the Seattle Sounders vs Portland Timbers Fixture

We believe that the next game between these two teams will most likely end with a win for the Sounders who already have the advantage against the Timbers in the Western Conference table. Also, we think that both teams will score during the game. 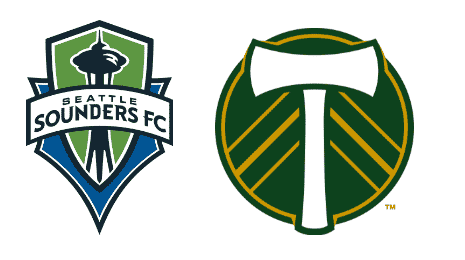 Frequent Questions About the Weekend Match