In this article, we will cover the upcoming MLS match between Portland Timbers and Real Salt Lake. If you are interested in seeing more MLS odds and predictions, you can visit our main page for the latest ones.

After going over the match statistics, we figured out the best betting picks and predictions for the match this weekend. Odds from BetMGM are correct at the time of posting, but can change at any time, so make sure to double-check them before wagering.

Here are the current injuries and suspensions for the upcoming Portland Timbers vs Real Salt Lake game.

Portland Timbers doesn't have any suspended players, but they will have to play without three of their own because of various injuries suffered this year – George Fochive, Felipe Mora, and Tega Ikoba.

Real Salt Lake will only have to play without Zackery Farnsworth this weekend because he is still injured. There aren’t any suspended players from this team, yet.

These are the head-to-head scores and recent match histories for both Portland Timbers and Real Salt Lake.

Which Team Will Improve Their Position After Sunday?

Although both Portland Timbers and Real Salt Lake are in average form, we think that the Timbers have a better chance of scoring three points this weekend. They not only have a positive head-to-head history against Real Salt Lake, in particular, but they also have the advantage of hosting the game where they will be more comfortable. 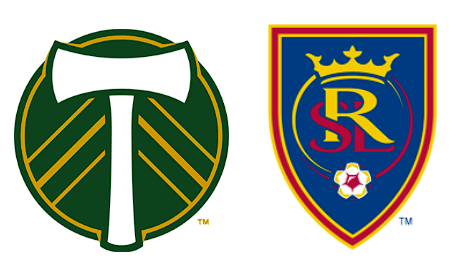 Commonly Asked Questions Regarding the Match This Weekend