In this article, we will recommend our top free picks for the MLS fixture between Portland Timbers and LA Galaxy. If you want to see more MLS odds, you can visit our website.

We asked our experts to go over the data for the Portland Timbers vs LA Galaxy match on Sunday. All odds are from the BetMGM bookmaker platform and can change at any time, including after we post this, so make sure you check them out before finalizing your wagers.

All of the head-to-head games these two teams played together since 2019 ended with more than 2.5 total goals scored. We think that it's a high possibility that their next game together also ends that way. Also, three of the last five home games for Portland Timbers ended that way, too.

Injuries and Lineups for Portland Timbers vs LA Galaxy

In this section, you can check out the latest players that will miss Sunday's match due to injuries or suspensions.

Portland Timbers has two injured players (both forwards) that won’t make it this weekend. Tega Ikoba has been out since the end of January and Felipe Mora was injured at the beginning of March. Jose Carlos Van Rankin Galland is also going to miss the game because of a red card suspension.

These are the most recent head-to-head stats and scores for the upcoming MLS match between Portland Timbers and LA Galaxy.

The game this weekend will definitely be interesting with Portland Timbers missing two forwards and LA Galaxy losing their latest two games. The predictions we are willing to bet on are that there will be goals scored from both sides and that they will be more than 2.5 total goals. 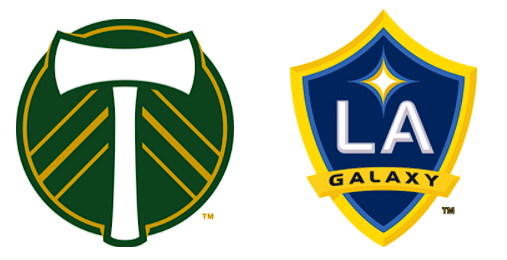 Portland Timbers vs LA Galaxy: Top Question About the Match on Sunday