Pachuca was brilliant in the Clausura last season but who was the team that actually won something last season?

Cruz Azul won the Campeon de Campeones and made a great start in Liga MX a week ago.

Cruz Azul was considered underdogs against Tigres UANL as well but look what happened. Diego Aguirre’s boys made an amazing game and won with a 2:3 result in this away game. With confidence going through the roof, Cruz Azul will search for a good result against Pachuca as well. In the last 10 head-to-heads between Cruz Azul and Pachuca, we saw three victories for Pachuca, five for Cruz Azul, and two draws. Four of the last five games played at Aztec Stadium were won against Pachuca and one game was a tie.

Very Few Goals In The Cruz Azul vs Pachuca Game

Seven of the last 10 head-to-heads ended with two or fewer goals being scored. With six games in a row ending with Under 2.5 Goals, it’s only logical that we advise you to bet on Under 2.5 Goal again. The most common result in this clash is the 1:0 victory and chances are we aren’t going to see much action in this game. Pachuca had a great defensive record in the Clausura last season and didn’t concede a goal in the opening game this season either.

Rafael Baca and Angel Romero scored two goals in the game against Tigres UANL in the first game of the season. They did great but the true hero was Santiago Gimenez who scored the winning goal in the 93rd minute of the game after a controversial penalty. They are expected to be in the starting 11 against Pachuca.

It’s hard to judge Oscar Ustari’s performance from the first game against Queretaro as the away team had only one shot on target that Ustari had to deal with. Nicolas Ibanez was the top scorer for Pachuca last season and he scored against Queretaro as well. He is expected to make an appearance against Cruz Azul too. 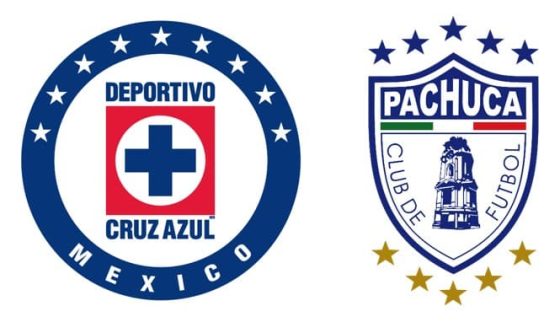 Top Odds And Key Statistics For Cruz Azul vs Pachuca

Browse through our charts. They will help you make the right bet:

The bookies predict an extremely equal game on the 10th of July but we have to give the edge to Cruz Azul. The last Pachuca victory at Aztec Stadium came so long ago – on the 20th of July, 2014. With an ongoing 8-year barren spell, it will be difficult for Pachuca to perform well against Cruz Azul as the pressure really adds up. Cruz Azul has all the momentum right now and we expect a very solid performance from the team. A 1:0 home win should raise no eyebrows.

Cruz Azul vs Pachuca: Essential Questions & Answers For This Game: