The only MLS match, which is on the schedule for Saturday is between Montreal and Orlando City. Below, you can check out the best betting lines and odds for the fixture.

Latest Betting Lines and Odds for Montreal vs Orlando City

We reviewed the match and came up with the following statistics and free betting tips for Saturday's fixture. These odds are from our recommended bookmaker for this match – BetMGM and are subject to change. Be sure to double-check all odds before confirming.

Both teams won four of the last five matches they played in the MLS, but when it comes to this particular set of teams in the tournament, Orlando City has the head-to-head advantage. Orlando City won or drew four of the last five head-to-head games they played against Montreal, so it's safe to say that we will most likely see them win this one, as well. They also have a three-point advantage against Montreal in the MLS table.

Latest Injuries and Lineups for Montreal vs Orlando City

Here, you can check out the most recent lineup information about the upcoming Montreal vs Orlando City fixture on Saturday.

Montreal doesn't have any suspended players, but there are two injured ones. Mason Toye still hasn't recovered from last year's shoulder injury and Bjorn Johnsen missed the last six games with the team because of an injury.

There are no suspensions from Orlando City at this time, but there is one injured player that won't make it to Saturday's fixture – Carlos Antonio – because of an injury.

Head-to-Head Statistics and Bookie Odds for the Saturday Match

In these tables, you can check out how Montreal and Orlando City performed in their recent games in the MLS and against each other.

Match Preview and Recent Injuries for Both Teams

Montreal and Orlando City are both in some of the best forms we have seen in a while and we believe that the match will be very interesting. We don't think Montreal will win especially seeing their head-to-head history against Orlando City specifically. That being said, we do believe we will see both teams scoring goals. 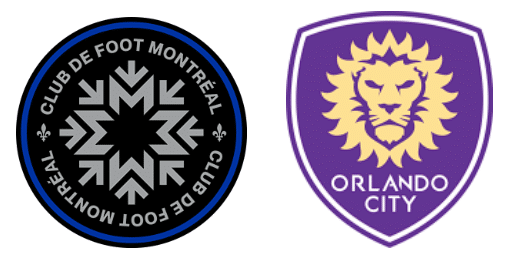