In this article, we will tell you a little more about the Orlando City vs Los Angeles match, including the top free picks, predictions, and match preview. For more MLS odds, head over to our website.

The list below is what our experts came up with after reviewing the statistics for the upcoming match between Orlando City and Los Angeles. The betting lines are from BetMGM and are subject to change, so make sure you double-check them before betting.

Los Angeles is leading the Western Conference and they have accumulated ten points already with only four games. Orlando City, on the other hand, played five games, but only acquired eight points, so far. LA FC seems to be the likely favorite just because of the recent form alone.

Lineup Information About the Sunday Fixture

Here, you can check out the lineups and injuries for the upcoming match on Sunday.

Orlando City doesn’t have any injuries on their roster and none of their players are suspended, so they will be going with a team at full strength.

Right now, two of Los Angeles’ players are out with knee injuries – Erik Duenas and Eddie Segura, but they have been out for a while now. Franco Nicolas Escobar got injured at the beginning of March, though. A

In the tables below, you can check out the most recent betting lines and picks for the upcoming match between Orlando City vs Los Angeles.

Los Angeles started out this season quite well and managed to claim the first position in the Western Conference. They have the chance to gain some advantage in the table if they do manage to beat Orlando City. We also suspect that both teams will score during this match on Sunday. 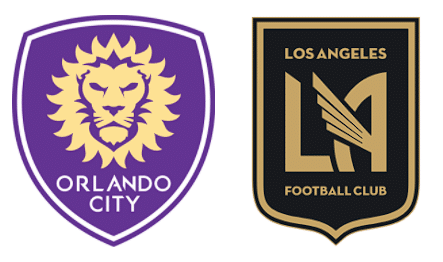