New York RB will be facing Colorado Rapids on the 3rd of August, and today, we will check out the fixture to give you the best betting picks and predictions for it.

The odds in this article are from the BetMGM bookmaker platform and are subject to change. If you want to be thorough, you have to check out the odds before placing these bets.

Two of the last three head-to-head games between New York RB and Colorado Rapids ended with a win for New York RB. The home team is also our favorites for another reason – they have a better recent form than the Rapids. New York won or drew four of the last five MLS games they played, while Colorado only won one of their last five games in the tournament.

Statistics and Data for New York RB vs Colorado Rapids

These tables are full of the recent stats and data for the upcoming match between New York RB and Colorado Rapids.

Our Final Opinion for New York RB vs Colorado Rapids

Our prediction for the upcoming game is that we will see goals from both sides, but only one team will prevail at the end – New York RB. The home team will have a slight advantage at home, but that isn't the only reason we believe they will win the match. 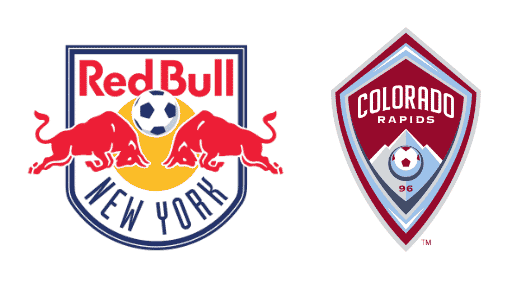