New York City will be facing Philadelphia Union on the 19th of March and we will cover the event to recommend our top MLS betting picks and odds for it.

The betting picks and lines below are for the New York City vs Philadelphia Union fixture and are from BetMGM's platform. Always double-check the odds before you place any bets because they can be different than the ones posted here.

Three of the last five matches that New York City and Philadelphia Union played ended with both teams scoring goals. That includes MLS games, as well as other tournaments or club friendlies. Looking at their previous games together, we also see that two of the last three matches ended with both teams scoring goals. Likely, that event occurs again this weekend.

These are the most recent injury reports for both teams before their upcoming game,

The only injury for New York City FC is Anton Tinnerholm who has been out since last year because of an Achilles tendon injury. There are no suspended players at this time.

Philadelphia Union doesn't have any injured or suspended players for Saturday's match, so they will be playing against New York City at full strength.

Statistics for New York City vs Philadelphia Union on Saturday

In these tables, you can see all the important stats and data for the New York City vs Philadelphia Union match.

New York City and Philadelphia Union's recent forms suggest that they are both in a position to win the game, and a draw is also likely if one can’t overpower the other. We would bet that both teams will score during the game and that there will be fewer than 2.5 total goals scored during the match before choosing a winner between these two teams at their current form. 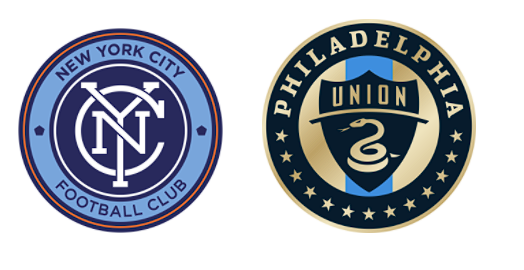 Frequently Asked Questions for the Match on Saturday