In this article, we will focus on the upcoming MLS match between New York City and Montreal. If you want to check out more MLS predictions, you can see our latest articles.

These are our top betting line suggestions for the upcoming MLS match between New York City and Montreal. Odds are from BetMGM and subject to change. They are correct at the time of posting, but you should double-check them before you place any of them.

Here are the predicted lineups for the upcoming game based on the missing players.

There is only one injured player from New York City that will miss Saturday's game – Anton Tinnerholm's Achilles Tendon injury dates back to last October. No players are currently suspended.

Montreal doesn't have any suspended players, but two footballers are injured. Forwards Mason Toye and Jean-Aniel Assi is out since last year with various injuries.

In the tables below, you can check out the New York City vs Montreal head-to-head statistics from the most recent fixtures.

Montreal's away form and New York City's home form are completely different and surely, we can say that New York City will have the advantage this weekend for multiple reasons beyond their recent form. With fewer injured players and the comfort of playing at home, New York City has the advantage all the way. We also think that fewer than 2.5 total goals will be scored during the match. 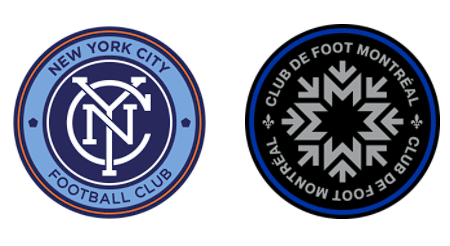 Important FAQs Regarding the New York City vs Montreal Fixture