Let's go over the upcoming DC United vs New York City MLS game, which will be the second match they play together in the tournament, and this time DC United will be hosting. If you want to see more MLS odds, you can check out our website.

These are the top predictions and free betting picks for the upcoming DC United vs New York City fixture this Thursday. All odds are from BetMGM and are subject to change. Make sure you double-check them before continuing.

Here, you can check out the most recent lineups and injuries for DC United and New York City.

DC United won't play with five of their teammates because of various injuries – Nigel Robertha, Adrien Perez, Chris Odoi-Atsem, Moses Nyeman, and Andy Najar who all got injured sometime in April.

New York City has three injured players this week that won't make it to the game against DC United. Anton Tinnerholm is out with an Achilles tendon injury since last year, Malte Meineche Amundsen got injured two weeks ago, and Maximiliano Moralez got injured a few days ago.

These are the most recent match statistics and histories between DC United and the New York City national teams.

DC United hasn't been lucky enough to win a lot of games against New York City in the past, and we don't think that will happen on Thursday, too. New York City has had the best form in the Eastern Conference in the last five matches, so we are obviously backing them. Also, we suspect there will be a lot of goals scored during the game. 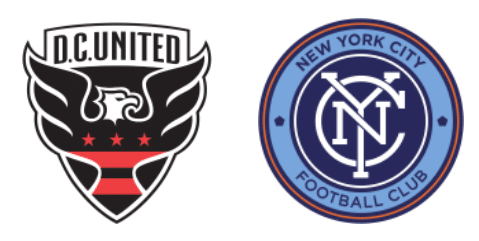