In this article, we will go over the data to figure out the best betting picks and predictions for the upcoming fixture between New England and Inter Miami.

We went through the match data and came up with the following free picks and predictions for the upcoming New England vs Inter Miami match. All odds are from BetMGM and correct at the time of writing, but also subject to change. Before betting makes sure to double-check them via your bet slip.

Lineup Information About the Upcoming Fixture This Weekend

Here, you can check out both teams’ most recent news and injuries for their upcoming game.

Inter Miami doesn't have any suspended players but three of their own are injured and won't make it this weekend – Joevin Jones, Ian Fray, and Brek Shea.

Three players from New England won't make it this weekend because of several different injuries they suffered sometime in April – John Bell, Lucas Maciel, and Ryan Spaulding. There are no suspensions right now.

Below, you can have a look at the most recent match histories and scores for their matches. There is also a table with the latest bookmaker odds.

How Will Inter Miami Fair Against Last Season's Favorites?

The 2022 season of the MLS is a new chapter in soccer because despite last year's almost perfect form from New England, this year they seem to be one of the teams with the worst form in the Eastern Conference. Inter Miami is doing better than last season, and they managed to gain a three-point advantage against New England, so far. We also think we will see more than 2.5 total goals scored. 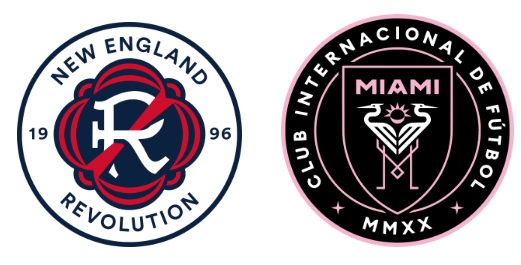