These two teams are performing quite differently in Liga MX this season but will provide a lot of interesting picks for the fans.

Picks and Interesting Odds for Necaxa vs Tigres UANL

If coach Miguel Herrera wants to continue the fight with Pachuca at the top of the table a victory is exactly what Tigres UANL has to take from the Necaxa clash:

The games against Necaxa are tricky for Tigres UANL. The last loss against this opponent came almost six years ago – on the 16th of October but the truth is that most of the time the outcome of the games is a draw. Five of the last 10 head-to-heads were draws, one victory for Necaxa, and four victories for Tigres UANL. The last game at Estadio Victoria Aguascalientes was a devastating 3:0 victory for Tigres UANL but if coach Miguel Herrera wants another one, he should be very careful with Necaxa.

Tradition has it that the teams usually score against each other. This happened in seven of the last 10 head-to-heads. Tigres UANL will score for sure. The team has the best attack in the Clausura this season with 26 goals scored in 13 games. But will Necaxa score as well? We believe the chances for this are high. The team managed to score at least one goal in four of the last five league games.

Rodrigo Aguirre is the main attacking force for Necaxa with 84 shots and eight goals to his name this season. Alejandro Zendejas is the next-best thing in the attack with 28 shots and six goals.

Andre-Pierre Gignac is not only Tigres UANL’s top scorer this season but the best finisher in Liga MX in general – 14 goals this season. He should perform better against Necaxa as German Berterame from Atletico San Luis caught up to him in the top scorer battles and the two now share the first place. 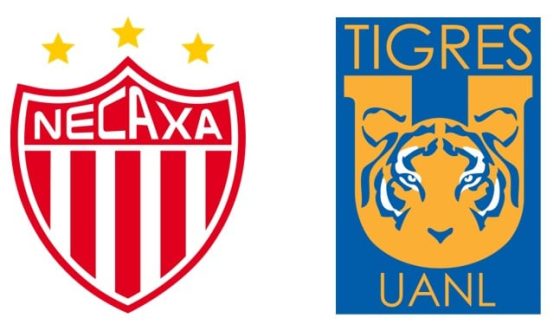 Statistics and Odds for the Necaxa vs Tigres UANL Game

Tigres UANL is just three points away from Pachuca and has a postponed game yet to be played. With the top of the table up for grabs, there is nothing that Miguel Herrera wouldn’t do so that his team can reach the summit. We believe a difficult 1:2 away win is to be expected from this clash.

Key Questions And Answers For The Game: