Let's go over the Nashville vs Orlando City fixture this week to see what our betting experts thought of the fixture. If you want to see more MLS betting picks, you can check out our latest articles.

Our betting experts took a look at the upcoming fixture and recommended the following predictions and free betting picks.

These odds are from BetMGM and are subject to change. Before continuing make sure to double-check them via your bet slip.

There have been a lot of BTTS outcomes involving Nashville and Orlando City recently. For example, four of the last five matches both teams played ended with both of them scoring. Also, all six of the head-to-head games they played in all of history ended the same way.

Below, you can see all the recent match statistics and odds for the Nashville vs Orlando City fixture.

Tuesday's Nashville vs Orlando City: Our Final Prediction and News

The winner in this match will be facing Philadelphia Union in the quarter-finals, and we think that it will be a tough game to determine a winner with so many draws before the extra time.

When it comes to injuries, Orlando City has three players that will be out for the fixture – midfielder Raul Aguilera, goalkeeper Adam Grinwis, and defender Rio Hope-Gund. All of them are suffering from abdominal strains and we don't know exactly when they will be back. Nashville has only one injury on record – forward Daniel Rios who is out with a leg injury since October. 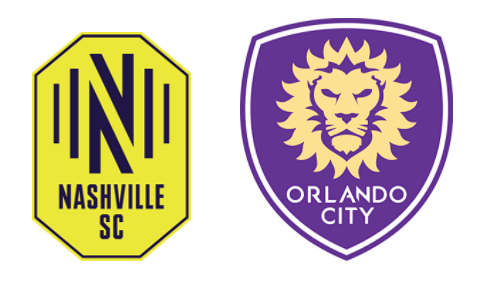 Popular Questions and Answers About Nashville vs Orlando City