Let's go over the most popular betting picks and predictions for the next match in our MLS series – Nashville vs New York City.

These are the latest free betting picks and predictions for the upcoming Nashville vs New York City fixture.

Odds from BetMGM are subject to change, so even if these odds were correct at the time of writing, you should still check out the latest ones before you place any wagers.

Nashville lost only one match out of the last ten they played, while their opponents New York City lost or drew 50% of their last ten fixtures. Nashville is also one point ahead of New York City in the Eastern Conference table.

Below, we put the latest head-to-head statistics and data for the Nashville vs New York City match on Saturday.

Latest Team News and Injury Reports for the Match

Nashville has the upper hand when it comes to not only team form, but also injuries. This is because they don't have any injuries or suspended players and will clash against NYC FC with a full squad. On the other hand, New York City has one injury – forward Heber, but he has been out since the 2020 season with a serious knee injury and we don't know when he will return.

When it comes to the fixture on Saturday and the number of goals we expect, we can safely say that the teams won't score many goals, and probably only one of the clubs will score during the game. 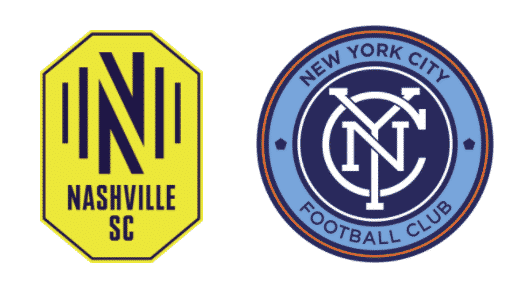 Important Q&As for the Saturday Fixture