On the 21st of October, Nashville will go up against Columbus Crew. Here, you can read more about the match and what bets to place. If you are looking for more MLS predictions, check out our website.

Below, we listed our top three predictions and free betting picks for the upcoming Nashville vs Columbus Crew fixture this week.

Nashville has been higher in the Eastern Conference table almost the whole season. They are eleven points ahead of Columbus Crew, for now, and they lost only one game out of the last ten they played. Columbus Crew won 50% of the last ten games they played, which isn't promising when playing against the second-place team. Another advantage for Nashville is that their recent home games mostly ended with wins while Columbus Crew's recent away games mostly ended with losses.

Statistics and Latest Bookmaker Odds for Nashville vs Columbus Crew

The table below contains the most recent head-to-head match statistics and scores for the upcoming Nashville vs Columbus Crew match.

Nashville is fully prepared to face Columbus Crew on Thursday and the fact that they haven't lost a match recently is in their favor. Also, they don't have any injured or suspended players on their squad, which will give them an even greater advantage. Columbus Crew, on the other hand, has six injured players in total and four of them are out with knee injuries. They might have won a few games recently, but overall, Nashville is in better form and they won't be missing any players on Thursday. 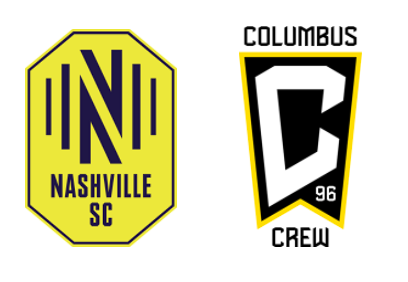 What You Should Know About the Match on Thursday