Our betting experts believe that the following free betting picks are the best for the upcoming fixture between Montreal and the Vancouver Whitecaps. Odds from BetMGM are subject to change. Also, the odds here are correct at the time of writing, but check your bet slip before wagering.

Latest Team News and Injury Reports for the Weekend Game

Here, you can read all about the most recent injuries and suspensions for both teams.

A total of five players won't be able to make it this weekend from Montreal because of different injuries. None of them are suspended though. The injure players are Samuel Piette, Mason Toye, Mathieu Choiniere, Tomas Giraldo, and Bjorn Johnsen.

Vancouver Whitecaps also doesn't have suspensions but Caio Alexandre's broken ankle is still keeping him sidelines, while Erik Fernando Godoy is also out since the end of February.

These are the top statistics and recent match histories for Montreal vs Vancouver Whitecaps fixture on Saturday.

Summary of Montreal vs Vancouver Whitecaps Match on Saturday

More than likely the winner of this match will be Montreal based on the teams’ most recent form and their head-to-head history. We also expect there to be more than 2.5 total goals scored, like there were in most of the games both teams played this season, so far. 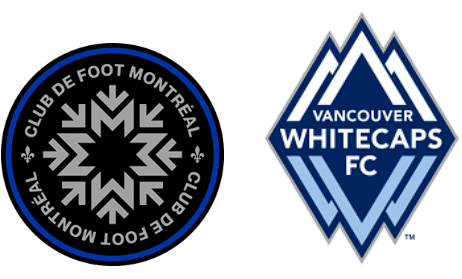