Toronto vs Montreal will be played on the 23rd of June and here, you can see our betting pick suggestions, match preview, and betting lines for the event. If you are looking to find more Canadian Championship betting picks and lines, you can find them all on our website, as the tournament continues.

Toronto vs Montreal: Our Predictions and Betting Picks

The list below is for the top free picks for Toronto vs Montreal fixture on Thursday. These betting lines are from BetMGM and are subject to change, so make sure to double-check them before betting.

Last year Toronto and Montreal played four times, and none of the games were wins for Toronto. Looking at Montreal's history, we see that they lost only one of the last five games they played away from home, while Toronto lost two of the last three games they hosted. We think that Montreal has a better chance to win Thursday's game.

Injuries and Suspensions for Toronto vs Montreal This Week

In this section, you can check out the most recent injuries and suspensions for both teams before Thursday's game.

Toronto's only injured player at the moment is Jonathan Osorio who is out with a leg injury since the end of May. We don't know when he will be back on the pitch.

Currently, Montreal only has one injured player on the squad – Djordje Mihailovic received an ankle injury at the end of May, and it isn't known when he will be back.

Recent Match Scores and Statistics for the Thursday Fixture

Below, we have put the most recent head-to-head statistics, including scores, for the match between Toronto and Montreal on Thursday.

Fixture Preview for Both Teams’ Performance

Our top predictions for Thursday's Toronto vs Montreal fixture are that we will see a win for Montreal because they didn't even let Toronto take one of the games they played last year and their recent form is better. Also, we think that both teams will score during the game. 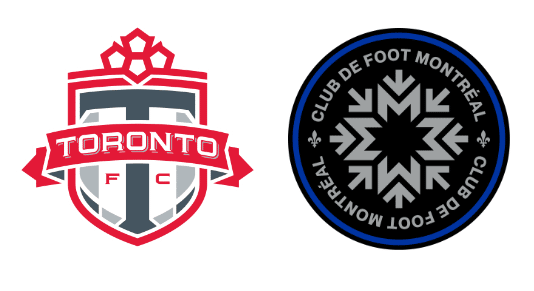 Popular Queries About Toronto vs Montreal on Thursday