Let's go over the upcoming Montreal vs Real Salt Lake match details and betting lines for Sunday’s match. For more MLS predictions and odds, check out our latest articles on our website.

Below, you can see which three betting picks we chose for this weekend's upcoming Montreal vs Real Salt Lake match. All odds are subject to change and are from our recommended bookie for this match – BetMGM. Check them out before continuing.

Both teams played eight games together, and there was a BTTS outcome in seven of those fixtures. We think that there will be one on Sunday, too, because four of the last five games for Montreal ended with both teams scoring goals.

Real Salt Lake hasn't beaten Montreal since 2014, and we don't think they will do it now. Montreal won or drew four of the last five matches they played, while Real Salt Lake won only two of the previous five games they played. Even though the point difference between the two teams isn't significant, we think that Montreal has a better chance.

The details in the table are for the upcoming Montreal vs Real Salt Lake match on Sunday, so make sure to check them out before wagering.

Although Real Salt Lake isn't in the worst form they have been, we don't think they can win against Montreal, especially in the form they are this season. We also think that both teams scoring is a likely outcome for the Monday match because we have seen it plenty of times in head-to-head matches between the two teams before. 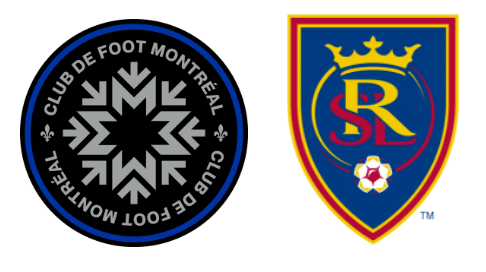