Montreal will be facing Philadelphia Union on Saturday, and today, we will check out the match to bring you the top predictions and free betting picks. If you are interested in more MLS predictions, you can check out our website's latest articles.

We asked our betting experts to come up with the top predictions and free picks for the match this weekend between Philadelphia Union and Montreal, and this is what they came up with:

These odds are all from the BetMGM bookmaker platform and are correct at the time of writing. Before confirming check your bet slip for any changes in the odds.

Philadelphia Union has had the best form in the Eastern Conference in the last five fixtures with four wins and a draw. They quickly climbed the table and are now in third place with forty-five points. Montreal is five points behind them at the brink of play-offs, but their form consists of two losses in the last three fixtures. Montreal also lost three of the last four matches they played against Philadelphia Union specifically.

These are the latest bookmaker odds and match statistics for the Montreal vs Philadelphia Union fixture.

Match Preview, Injuries, and News for Montreal vs Philadelphia Union

The match this weekend will most likely end in Philadelphia Union's favor and we described most of our reasons above. Montreal has too many missing players and their recent form is worse than the Union's.

When it comes to injuries, Philadelphia Union has the advantage once more with only two players on the bench. Montreal on the other hand will have to play without four of their players. Thorkelsson and Hamdi are both out with groin injuries, while Struna is suffering from a calf injury, and Toye is out with a shoulder injury. 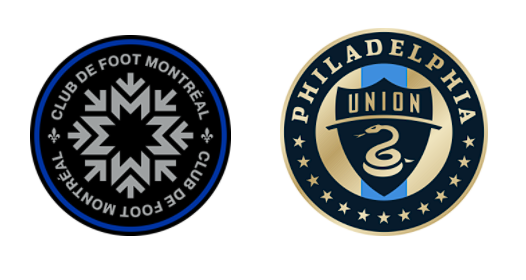