Monterrey will search for a good result against Santos Laguna as the 5th place in the Clausura is up for grabs considering that Monterrey has two postponed games yet to be played.

Monterrey vs Santos Laguna: Our Top Picks & Odds For The Game On Sunday

Santos Laguna has been on the rise in the last few Liga MX games but their inconsistency makes it difficult to believe that the team has what it takes to grab the 3 points from this game.

Four of the last 10 head-to-heads had a draw result after 90 minutes of play. The most common result in this clash is either a 1:1 draw or a 2:1 victory for either side (which is very close to a draw). The two teams have the same results in the last five league games too – three victories, one draw, and one loss.

As we mentioned above, the 1:1 draw and 2:1 victory are the most common historical outcome of this clash. Three of the last five league games for Monterrey had a 2:1 result as well. Santos Laguna’s last six games had both teams score at least one goal. The team is performing amazingly in the attack and extremely poor in the defense so the likelihood of the team both scoring and conceding is very high.

Both coaches will have to sort out the problems in their attacks.

Duvan Vergara’s injury status is the main issue for coach Victor Vucetich. Rogelio Funes Mori has been a delight in the attack and is amongst the best scorers in Liga MX with seven goals so far this season.

Ayrton Preciado is injured and will miss this game but we believe Brian Lozano will have no trouble making his absence unnoticed as he performed well this season with four goals so far. Fernando Gorriaran is the main man in the attack for Santos Laguna with six goals. 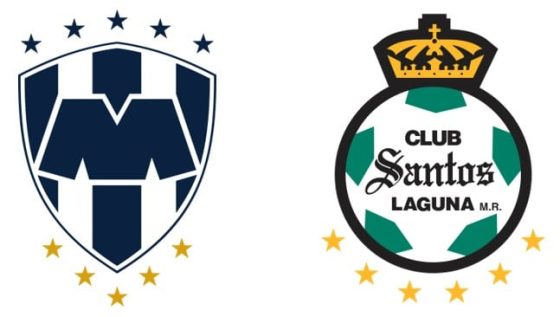 Odds and H2H Statistics For The Monterrey vs Santos Laguna Clash

All of the most important info is below:

Being the enigma as they are, Santos Laguna will probably be the main reason this game will be such a delight to watch. The team scores plenty but concedes just as much. We believe Estadio BBVA will witness amazing entertainment most likely resulting in a 2:2 draw according to our soccer experts.

Key Questions And Answers For The Upcoming Game: