Monterrey showed class in the last league game against one of the best teams in the league and we believe Juarez isn’t as good as Club America.

The recent performances of the two teams led our soccer experts to have doubts about Juarez’s odds of winning this game. BetMGM has you covered with all the best odds not only for Monterrey vs Juarez but all Liga MX games.

Monterrey won its last league game with a narrow 2:1 victory over Club America – the team that was at the top of the table in the Apertura part of the season. Meanwhile, Juarez not only lost the last game against Leon but hasn’t won a single game in the last five games – three losses and two draws. In the head-to-head games, Monterrey has a slight advantage with four victories, two draws, and three losses. Monterrey’s odds of winning are higher as the team has never lost a game against Juarez when playing at Estadio BBVA

The last game between these two teams ended in a 3:1 victory for Juarez. The game before that with a 1:6 away win for Monterrey. Before that, we had a 2:1 and a 1:1. You can see where this is heading and we believe that the chances for goals in this game will be plenty. Especially now that Monterrey’s last home league game was a 2:1 against Club America. The last away game for Juarez also had both teams score a goal.

Monterrey vs Juarez: Prediction Based on Squad News

The two coaches are too experienced to let only one injury ruin their plans. We believe that Monterrey’s odds of winning this game are getting better and better.

Duvan Vergara is still injured and his return date is unknown but it doesn’t seem to hit the team that hard as Rodolfo Pizarro did a good job substituting him in the game against Club America. Joel Campbell and Rogelio Funes Mori particularly impressed with the goals that they scored. Maximiliano Meza has assisted for six goals this season and we hope to see more from him.

The graphics below will help you make a better decision

Monterrey never lost at Estadio BBVA against Juarez. The team won its last game against one of the toughest teams around. Juarez is struggling to perform in Liga MX and has only two points after five league games. Juarez’s odds of winning are too slim. We predict a 2:1 home victory. 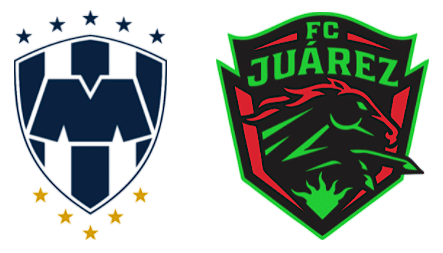 Major data for the upcoming match: