The most interesting game for this week in Liga MX is ahead of us with Club America paying a visit to Monterrey in a vicious clash for three points.

Betting Lines And Top Predictions For Monterrey vs Club America

Monterrey are favorites to win this game and we have to agree with the bookies on this one. Club America just doesn’t seem to perform well against this opponent.

The Club America fans aren’t looking forward to this game. Monterrey has been a true nightmare for their favorite club in recent years. The last 10 head-to-heads between Monterrey and Club America finished with six victories for Monterrey, two draws, and only two victories for Club America. The last game between these two clubs was held at Estadio BBVA and was won with a narrow 2:1 result by Monterrey.

Five of the last 10 games ended with two or fewer goals being scored. The most common result from this game is the 1:0 victory and if we have to be honest, we don’t expect the game on the 10th of July to be any different. This rivalry is notorious for its lack of goals recently. Club America didn’t score a single goal in the first game of the season against Atlas but also didn’t concede.

There are no injuries or suspensions for Monterrey and Club America.

Monterrey lost the opening game of the season against Santos Laguna but Rogelio Funes Mori had an amazing 90 minutes. He scored twice in this game and will now look to further boost his statistics in the top scorer charts with a few goals against Club America.

The team captain Guillermo Ochoa didn’t have much to do in the game against Atlas but he did make one fine save. He is without a doubt the most experienced and quality goalkeeper in Liga MX and Monterrey will have a hard time scoring against him on the 10th of July. 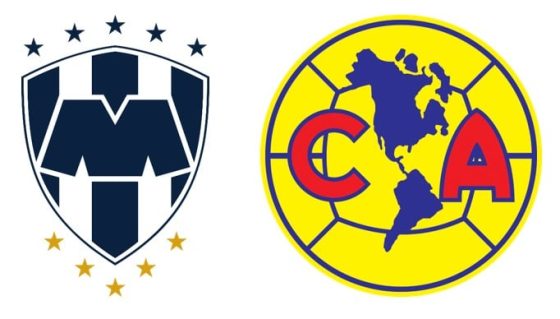 Head-To-Head Statistics And Odds For Monterrey vs Club America

The odds and h2h stats are located in the following graphic:

Monterrey To Bounce Back

Monterrey didn’t play well against Santos Laguna. That’s a fact. It’s not that Santos Laguna outplayed their opponent but luck or no luck, Monterrey should’ve at least gotten a draw out of this game. Coach Victor Vucetich will want nothing else than a victory from his boys against Club America this week. With such a great run against Club America, we can expect no less. A 1:0 victory is the most likely outcome of this clash.

Key Questions And Answers For The Monterrey vs Club America Game: