It’s another battle of the underdogs in Liga MX between Tijuana and Mazatlan and we believe there will be some great betting opportunities here.

The two teams may have been similar in the last season but Tijuana seems like a completely different team this season:

After four games played, Mazatlan is sinking lower and lower and was in 17th place before the game against Pumas UNAM. Sure, the head-to-heads are good. Tijuana and Mazatlan met on four occasions in the past. Three games were won by Mazatlan and one game ended in a draw but this is another reason for us to believe that Tijuana will defeat Mazatlan on the 31st of July. It’s time for revenge and what better time than this. The game will be held at Caliente Stadium and Tijuana seems like a decent home team this season.

Over 2.5 Goals At Tijuana vs Mazatlan

Tijuana will be looking to break the Mazatlan curse but to do that, the team must attack. We expect plenty of goal-scoring opportunities on the 31st of July. Mazatlan’s defense has been dreadful this season and the team conceded seven goals in only four games played. In the first game of the season against a difficult opponent and Mazatlan conceded four goals – 2:4 against Puebla. 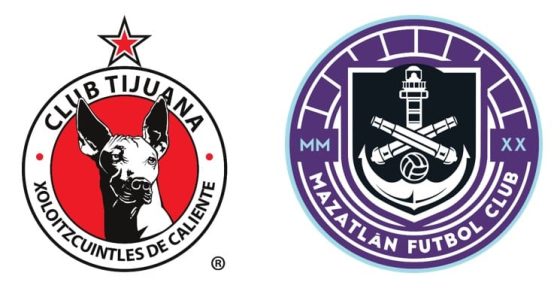 Squad Insight For Tijuana vs Mazatlan

There are some issues that must be taken care of ahead of the Tijuana vs Mazatlan game.

Nicolas Vikonis is Mazatlan’s starting keeper. He will be in the starting 11 against Juarez but he is not having the best season. He conceded at least one goal in each game that he played this season.

Tijuana vs Mazatlan: Head-To-Head Statistics And Odds For This Game

Check what the best betting odds and statistics for Tijuana vs Mazatlan are in the graphics below:

What a comeback story Tijuana is having! Just look at how the team performed last season – 17th place at the end of Apertura with only four victories in 17 games. And now? Tijuana is in 6th place with only a few points separating the team from the top positions. It’s time for another curse to be broken and Tijuana to finally win a game against Mazatlan. And what better opportunity? Mazatlan is struggling to win points this season and is conceding goals left and right. We predict a very entertaining 90 minutes of soccer and a 2:1 victory for Tijuana.

Frequently Asked Questions About The Tijuana vs Mazatlan Clash: