In the upcoming weekend at the very start, we will see Los Angeles face SJ Earthquakes in an attempt to get closer to the play-off ranks in the Western Conference table. Below, you can see the latest predictions and free picks for Saturday.

We reviewed the match and came up with the following free betting picks and statistics for the upcoming Los Angeles vs SJ Earthquakes match.

The odds are all from BetMGM, our recommended bookmaker for this match. They are also subject to change, so check out your bet slip before confirming.

Match Data and Head-to-Head Scores for the Saturday Match

These are the most recent head-to-head stats for the upcoming Los Angeles vs SJ Earthquakes fixture this weekend.

Compared to Los Angeles, SJ Earthquakes have the advantage in more than one area. They only have two injured players that won't be able to make it this weekend. Bersano is out with a hand injury and Ebobisse has a concussion.

On the opposite side, there are seven players out on the bench because of various injuries. It would be very hard for Los Angeles to win this weekend because their recent form is quite bad and their one-point lead against the Earthquakes won't help them. 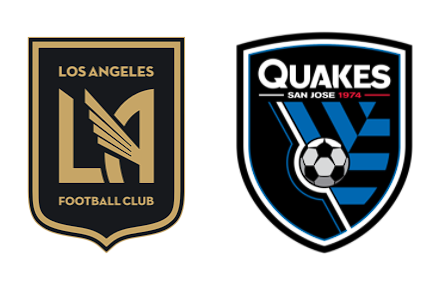