Seattle Sounders will be facing Los Angeles on the 18th of June and here, you can read all about the latest betting lines, our predictions, and top betting picks for the event.

We gave our experts the job to find out the top betting picks and betting lines for the Seattle Sounders vs Los Angeles match and this is what they came up with. Keep in mind that all betting lines can change at any time, so make sure you double-check them before confirming your wager.

Latest Injuries and Suspensions for Seattle Sounders vs Los Angeles

In this section, you can check out the latest player suspensions and injuries before the upcoming match.

Only three of Seattle Sounders’ players are out with various injuries right now – Yeimar Gomez, Joao Paulo, and Stefan Cleveland. Jordan Morris, Cristian Roldan, and Albert Rusnak will also miss the game because of national duty.

Los Angeles will have to play without five of their players this weekend because of various injuries – Erik Duenas, Julian Gaines, Carlos Vela, Franco Nicolas Escobar, and Ismael Tajouri.

In the tables below, you can check out the head-to-head statistics for the upcoming Seattle Sounders vs Los Angeles match, and also see each team's recent form.

Although the Sounders hold a lower position in the Western Conference table, we think that their form plus the fact that they are the hosts will give them the leverage they need to win the match this weekend. We also think that Saturday's match will end with more than 2.5 total goals scored. 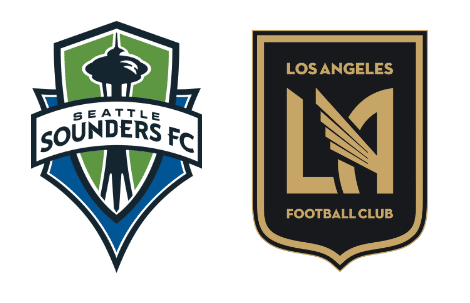