In this article, we will go over the top Minnesota United vs Los Angeles betting picks and let you choose which one you want to place a bet on. If you want more interesting MLS betting picks, you can head to our website.

Below, you can read a little bit more about the upcoming game's top predictions we picked out for you. All odds are from BetMGM as always, and before wagering we recommend you check them out because they are also subject to change.

Suspensions and Injuries for Minnesota United vs Los Angeles

In this section, you can check out the latest lineups and injuries for both teams before the Wednesday game.

Minnesota United will miss a total of six players this Wednesday because they are all out with various injuries. There aren't any suspended players on the team right now.

At this time there aren't any injured or suspended players on Los Angeles’ team right now, so they will be playing at 100% on Wednesday.

Here, you can check out both teams’ recent stats and scores before the upcoming game between them.

Even though Los Angeles is in a better position than Minnesota United in the official rankings, we don’t think they will win the upcoming game on Wednesday. Recently Los Angeles hasn't been in the best form, but their control in the first part of the MLS season is helping them now because they are still nine points ahead of the second team in the rankings even after almost five losses in a row. Our other prediction for this week's game is that we will see more than 2.5 total goal scores. There have been a lot of high-scoring games recently, so it makes sense. 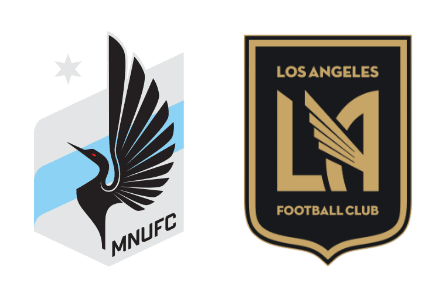