Today, we will go over the upcoming Leon vs Cruz Azul fixture and see what they have to offer when it comes to free picks and predictions. If you want to see more Liga MX odds, you can check out our latest articles.

Let's analyze the upcoming Leon vs Cruz Azul fixture and see what our betting experts think of it. The odds you will see here are from BetMGM, but they can change at any time. This means that you should check out your bet slip before continuing.

Let's see what the lineups on Tuesday will look like based on the missing players both teams have.

Leon doesn't have any injured or suspended players at this time, so they will play at 100% on Tuesday.

Cruz Azul will be facing their opponents with a full squad this week without any injured or suspended players.

In these tables, you can check out the most recent odds and stats for the upcoming match on Tuesday.

Tuesday's match is most likely going to end in Cruz Azul's favor. We believe so because they managed to beat Leon multiple times in the recent past. They have also performed better than Leon in the three Clausura games they played, so far. We also won't be surprised if the goals are under 2.5 total scored by both teams. 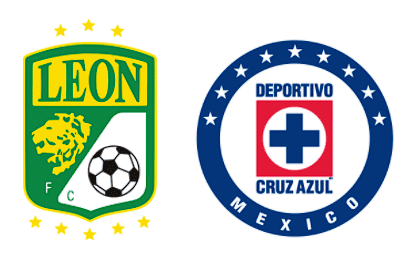 Prevalent Q&As for Leon vs Cruz Azul on Tuesday