LA Galaxy vs Vancouver Whitecaps will be played on the 9th of August and here, you can see our betting pick suggestions, match preview, and betting lines for the event.

LA Galaxy vs Vancouver Whitecaps: Our Predictions and Betting Picks

The list below is for the top free picks for LA Galaxy vs Vancouver Whitecaps fixture on Monday. If you are looking to find more MLS betting picks and lines, look no further because you can find them all on our website, as the tournament continues.

These betting lines are from BetMGM and are subject to change, so make sure to double-check them either onthe bet slip or bookie site before betting.

Recent Match Scores and Statistics for the Monday Fixture

Below, we have put the most recent head-to-head statistics, including scores, for the match between LA Galaxy and Vancouver Whitecaps on Monday.

LA Galaxy is the match favorite because of their recent form and the fact that their squad is full. This means that they don't have any injured or suspended players and will be facing the Whitecaps at their best.

Vancouver Whitecaps don't have any injured or suspended players, as well. But forward Lucas Cavallini and goalkeeper Maxime Crepeau won't be playing at the match against LA Galaxy because they were selected to play for their national team. 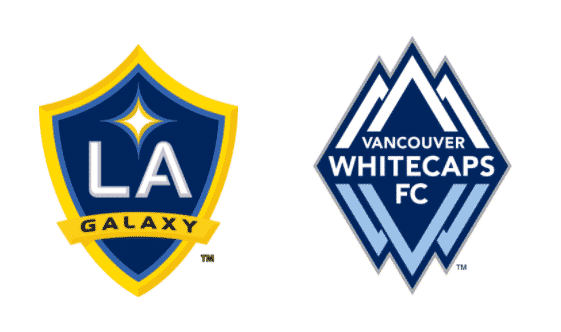