Today, we will go through the information and show you our top picks for the best LA Galaxy vs Seattle Sounders betting picks and lines.

Below, you can check out the top betting picks for the LA Galaxy vs Seattle Sounders fixture. If you want to check out more MLS lines, you can head to our website and find the latest articles.

All of the lines you see above are taken from BetMGM. Make sure that you check out the odds for all the betting picks on the betting platform before you place any of the bets we recommended because all odds are subject to change.

In four out of the last five times, these two teams met on the pitch, both of them scored goals during the matches. Both teams have three BTTS matches this season out of the last seven MLS fixtures they played.

The Seattle Sounders haven't lost a game this MLS season and they are currently at number one in the Western Conference with eighteen points. LA Galaxy is third with fifteen points, but they lost two out of the eight games they played this season. Three out of the last four times these teams faced each other the Sounders won and the fourth time was a draw. LA Galaxy hasn't won a match against the Seattle Sounders since 2018.

LA Galaxy will be going on the pitch in almost full power – their only injured player is defender Jalen Neal, who already missed seven fixtures. Seattle Sounders might be first no, but they have a lot of injured players, too. They have three injured midfielders – Joshua Atencio, Jordy Delem, and Nicolas Lodeiro. Also, forward Jordan Morris and goalkeeper Stefan Frei have knee injuries and won't be able to play on Sunday. 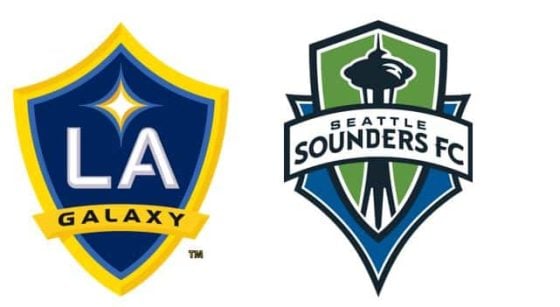