Let's check out the LA Galaxy vs Orlando City match on Saturday and see if you like our suggestions for the top betting picks and odds. If you want to see more MLS predictions, head over to our site for the most recent ones.

These are the top three betting picks we came up with for the LA Galaxy vs Orlando City match. All odds are from BetMGM and are subject to change, which means that you will have to double-check them before placing any wagers.

Three of the last five matches for LA Galaxy ended with both teams scoring goals. We saw the same situation in three of the last five head-to-head games between LA Galaxy and Orlando City. The guests’ last game also ended with goals from both sides, so we think that this weekend's game has a very high chance to end with goals from both sides, as well.

Orlando City started the season positively, but they lost and drew the two other games they played, so far. On the other hand, LA Galaxy won two of their three games during the season, so far. We think that LA Galaxy is in better form and considering they won three of the last four matches they played together.

These are the most recent injuries for both teams:

Adam Saldana is the only injured player on LA Galaxy's team and he has been gone since the end of February.

The only player from Orlando City who is going to miss the game is forward Silvester van der Water. He has been injured since the end of February.

These are all the LA Galaxy vs Orlando City tables and statistics you will need to review for the upcoming match between the clubs on Saturday.

Latest Conclusion for LA Galaxy vs Orlando City on Saturday

Our conclusion about the match is that it will most likely end with goals from both sides, but LA Galaxy is most likely going to win the game based on their head-to-head history against Orlando City. There also aren't any notable or new injuries that will keep both teams from showing what they can do this weekend. 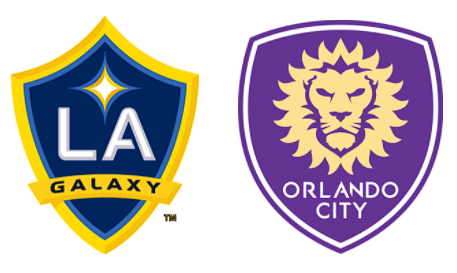