Today, we will go over the match between LA Galaxy and Houston Dynamo. If you want to see more MLS betting picks, check out our website.

We tasked our experts with giving us the top betting lines and predictions for the upcoming LA Galaxy vs Houston Dynamo fixture this week. All odds are from BetMGM and are subject to change. Double-check your bet slip before placing any of these wagers.

We don't think that both teams will score during Monday's game between LA Galaxy and Houston Dynamo. The last time they played together, there was a clean sheet for LA Galaxy. Also, four of the last five matches for Houston Dynamo also ended with only one of the teams scoring goals no matter the tournament.

Player Injury Reports and Suspensions Before the Monday Game

In this section, you can check out the latest team news and see which players will miss the Monday game.

For LA Galaxy, there are only two injured players and no suspensions, right now. Adam Saldana and Jorge Villafana have been out since February this year with unknown injuries.

Houston Dynamo doesn't have any injuries or suspended players at this time, which means that their manager will have a full team to pick from next week.

In these tables, you can check out the latest match statistics and data for the upcoming LA Galaxy vs Houston Dynamo fixture.

The Monday match is set to be quite interesting with LA Galaxy hosting it against Houston Dynamo. We think that LA Galaxy will win the game with a clean sheet as it happened in the last match they played together. 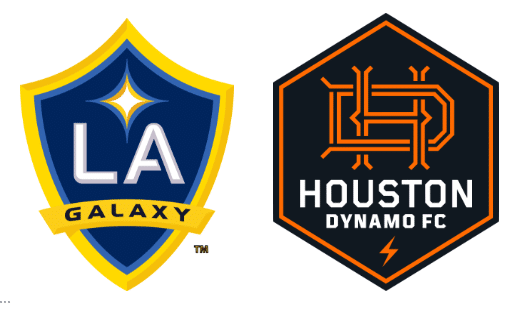