One of the few matches that will be played this Thursday is Inter Miami vs Nashville. Today, we will go ahead and check out the latest betting picks, lines, and predictions for the event.

We went through the necessary information to come up with the following free picks for the Inter Miami vs Nashville fixture this week.

The odds we used here are from the BetMGM platform, and even though they were correct when we wrote this, you should check on them because they are subject to change.

In recent fixtures across both teams’ history clean sheets predominate over the opposite outcome. For example, three of the last five away games for Nashville and the last five matches for Inter Miami all ended without both teams scoring. Out of the five head-to-head games between the two teams, only one ended with a BTTS outcome.

The tables below contain the most recent statistics and head-to-head data for the Inter Miami vs Nashville match.

Inter Miami might have started the season at the bottom, but in recent games, they showed that they could quickly climb the table. The point difference between them and Nashville is nine points and if they continue with the wins they accumulated recently, they have the chance to end up as one of the top teams in the conference. They have four injured players on their roster and Jorge Figal isn't going to make it this week because of a red card suspension. Nashville doesn't have any recent squad or injury updates. 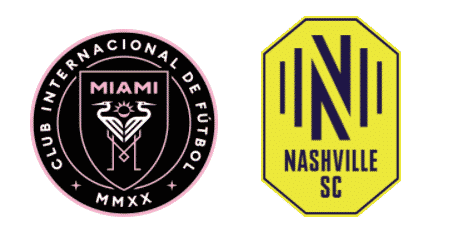 Popular Q&As for Inter Miami vs Nashville This Week