Two of the most prolific MLS teams go up against each other in a vicious game at the start of the season in the MLS!

This Sunday, Inter Miami will host the opening game against Chicago Fire and we expect not only a great soccer show but also some amazing picks! BetMGM is your best friend when it comes to soccer bets. Make sure to double-check the above-mentioned odds so you can get the most out of your bet.

The 2021 season was a disappointment for both clubs. Inter Miami finished in the 11th position while Chicago Fire was right behind them in the 12th. When it comes to the direct games – the games that they played last season were the first-ever between them. They exchanged two victories. The first game finished with a narrow 1:0 home victory for Chicago Fire and the second one resulted in a 3:2 victory for Inter Miami.

The last time that Inter Miami hosted this clash we saw many goals being scored – a total of 5. The big travel distance and different weather conditions will play a role as well and the game will be a lot more open. Two of the three pre-season friendlies for Inter Miami finished with 3 or more goals being scored.

A few injuries, new arrivals, and amazing performances are what you can expect to read about below!

The only significant player that will be missed for this game is the left-back Joevin Jones. Meanwhile, we expect a lot from Inter Miami’s key player. The Argentinian goal-scoring machine Gonzalo Higuain is without a doubt the key man for coach Phil Nevill with his 12 goals for the team in the last season.

Ezra Hendrickson will count on his best 11 players for the fight against Inter Miami. The away team has a secret weapon that will be unleashed against Inter Miami. And he is called Xherdan Shaqiri! The former Liverpool FC player joined Chicago Fire this winter and is expected to be a key player in attack taking most of the set-pieces and penalties for the team.

Inter Miami to scrape the victory

Inter Miami feels comfortable when playing on the DRV PNK Stadium. The team didn’t perform well last season overall but the games at home were always real battles. Meanwhile, Chicago Fire isn’t a team known for its success in the away games. We predict a narrow 2:1 victory. 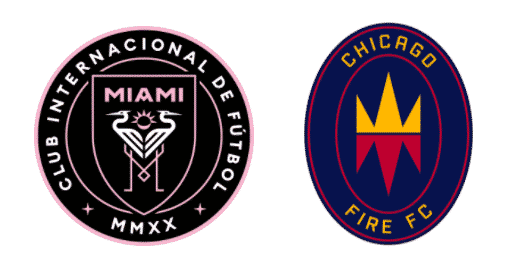 FAQs on the Inter Miami vs Chicago Fire game: