In this article, we will review the Houston Dynamo vs Real Salt Lake fixture and check out the most recent odds available.

Here is the top free betting picks we came up with regarding the Houston Dynamo vs Real Salt Lake match. On our website we offer even more MLS betting picks you can check out, so go ahead and visit us.

Keep in mind that all betting lines came from BetMGM and before you finalize your bet make sure to check them out and see if they have changed.

In these tables, you can find Houston Dynamo v Real Salt Lake's top statistics and data for their match on Sunday.

Real Salt Lake doesn't have any injured or suspended players, so they will be facing their opponents at full strength. Houston Dynamo has only one injured player – defender Zack Farnsworth is out with a leg injury and won't be back soon.

Injured player aside, we don't think that Houston Dynamo has what it takes to beat Real Salt Lake even if they are only three points apart in the Western Conference table right now. Most of Houston Dynamo's latest games ended in draws compared to their Sunday rivals, who won at least some of the recent matches they played even though they have a lot of draws too. 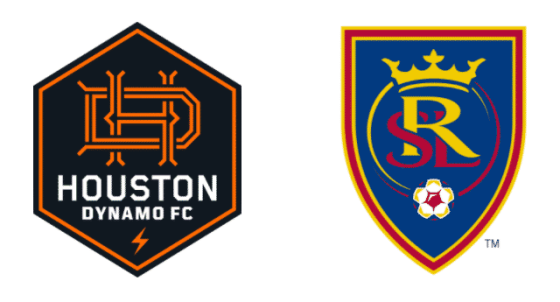