Let's check out the Houston Dynamo vs Austin MLS fixture and see what the top betting lines and betting picks for the match on Saturday are. If you want to see more MLS betting picks and lines, check us out on the Football Whispers website.

Below, we have listed the top three choices for best betting picks for Saturday's match between Houston Dynamo and Austin. The lines above are from BetMGM and before you click on the final button, make sure you double-check them.

We think that Saturday's match will end with more than 2.5 total goals scored. That's because many of the recent matches for these two teams in the MLS ended with that outcome, including four of the last five matches each team played regardless of the tournament. Also, all five of the head-to-head games between the two teams ended with more than 2.5 total goals scored.

Austin to Win on Saturday

Austin has had a better form this season compared to their current opponents Houston Dynamo. With five wins out of the eight games they played, so far, we think that Austin will most likely win the weekend game. Houston Dynamo only won three of the eight games they played this season. Also, three of the last four times these two teams played together, the matches ended with a win for Austin.

Houston Dynamo vs Austin: Info About the Lineups

In this section, you can check out the most recent injuries for the upcoming Houston Dynamo vs Austin game:

Houston Dynamo doesn't have any new suspensions or injuries, except for Nico Lemoine's groin injury from last year.

Austin's only injury is Jhohan Romana who is out since mid-February. There aren't any suspended players, for now.

In the tables below, you can see the most recent fixtures between Houston Dynamo and Austin. Also, you can find the teams’ recent form there.

Saturday's match at PNC Stadium will most likely end with a win for the guests if we are judging by the match history of both teams this season. Also, last year Austin dominated Houston Dynamo on three occasions out of the five matches they played in total. We even think that there will be more than 2.5 total goals scored judging by their head-to-head history last year. 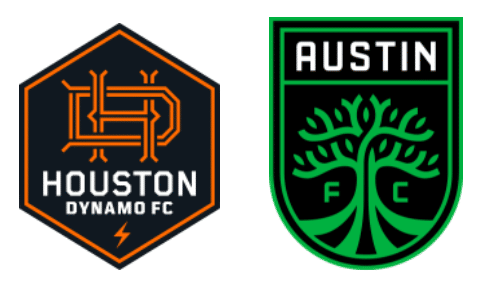