DC United will be facing Philadelphia Union on Sunday (August 29th) and we will be glad to bring you the top betting picks, lines, and predictions for the event.

Predictions and Latest Lines for DC United vs Philadelphia Union

The list below contains the top betting picks and predictions for the upcoming fixture between DC United and Philadelphia Union. If you are looking for more MLS odds, check out our latest content to find more predictions, free picks, and lines.

Odds from BetMGM are subject to change, so make sure you see them before you place any of these wagers because they might not be the same as they are now.

For both Philadelphia Union and DC United, seven of the last ten fixtures played ended with a BTTS outcome. Three of the last five times the two clubs played against each other, both teams scored goals.

Philadelphia Union won four of the last five head-to-head matches against DC United, and three of them were played this year. DC United lost the last three games they played in a row, and are five points behind Philadelphia Union in the Eastern Conference table.

We have listed the most recent matches and scores for both DC United and Philadelphia Union, so make sure to check them out below.

Philadelphia Union is currently third in the Eastern Conference and a win on Sunday could get them the second position if they are lucky. On the other hand, DC United's recent three-game losing streak ruined their chances of climbing the table to the top fast.

Philadelphia Union will face their opponents at full strength with no injuries or suspensions. DC United has a long list of injured players, including three forwards, two defenders, and a goalkeeper. The most recent addition to the list is Paul Arriola who has missed only one fixture, so far. 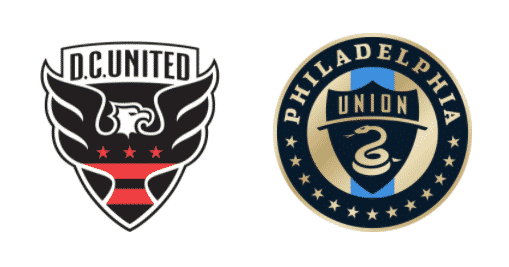 Questions You Should Ask About Sunday's Big Game