Today, we will go over the DC United vs Nashville fixture and recommend you the best free picks and betting lines below.

These are our top three betting picks for the upcoming DC United vs Nashville fixture. If you are looking for more MLS betting picks, you should check out our website.

The odds above are correct at the time of writing and are from BetMGM. Check your bet slip before confirming.

Nashville has managed to climb to a second position in the Eastern Conference table with forty-seven points. Their current opponents are seven points behind them and their recent form consists of two losses out of the last five matches. DC United has also never won a head-to-head match in all three games they played against Nashville, so they are at a disadvantage.

DC United is the team with the most over 2.5 goal games this season (nineteen out of twenty-eight). We think the match on Sunday will also end that way because Nashville also played three over 2.5 games out of their last five. Another fact that supports our conclusion, is that the last time these two teams played together in August the match ended with over 2.5 total goals.

In the tables below, you can check out the most recent form of both DC United and Nashville, so before wagering, check out this section.

DC United is at a disadvantage when it comes to the injured players because they will be missing a total of four players on Sunday. On the other hand, Nashville will play with a full squad because they don't have any suspended or injured players. Overall, the match will most likely end with a win for Nashville, which will bring them closer to the first position, but there aren't enough games in the season for them to take New England's place. 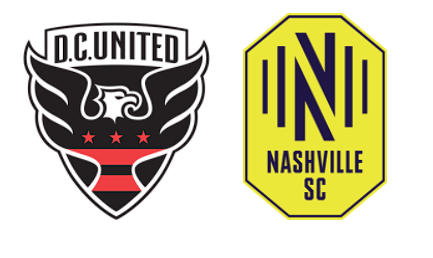