In this article, we will check out the Dallas vs Sporting KC fixture to give you the best free betting picks, predictions, and the latest lines.

These are the too free picks and predictions for the Dallas vs Sporting KC match on Thursday. If you want to see more MLS odds and picks, you are welcome to visit our website and find the latest ones.

The odds we used here are from BetMGM and are correct at the time of writing. They are also subject to change, so see your bet slip before confirming anything.

Both teams played more high-scoring games this season compared to the low-scoring ones, so we think that this will also be an over 2.5 goals game. Three of the last five matches for both Dallas and Sporting KC ended with over 2.5 total goals scored. Also, both of their season averages are over 2.7 goals per match, for now.

These tables contain the latest match histories and head-to-head scores between Dallas and Sporting KC for their upcoming match this week.

Based on the recent form of both teams, we believe that Sporting KC has a better chance of winning on Thursday. They also have two injured players that won't be able to play on Thursday.

Dallas’ recent form lacks wins and they are down at eleventh position in the table. They will be out of three players because of injuries – Nelson, Maurer, and Hollingshead – because of various injuries. We also don't think that both of the teams will score during the match. 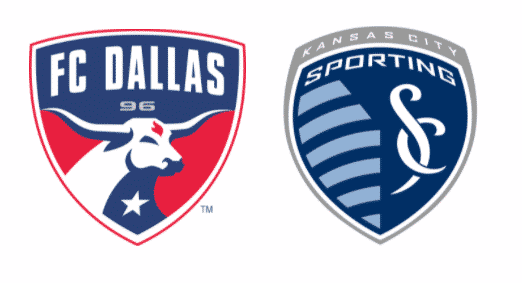