In this article, we will go over the upcoming Dallas vs Los Angeles match to find the latest betting picks and predictions for Thursday's clash.

These are the top predictions and betting lines for the upcoming Dallas vs Los Angeles match on Thursday.

These odds are all from BetMGM, our recommended bookmaker for this match. They are also subject to change, so check your bet slip before continuing.

Every time Dallas hosted a game against Los Angeles, the fixture ended with both teams scoring goals. That says a lot, but we also have other reasons to believe that the match will end that way. Three of the last five fixtures for Dallas and four of the last five matches for Los Angeles ended with over 2.5 total goals, as well.

Both Dallas and Los Angeles are in quite bad situations, especially after Los Angles’ recent downfall from the upper part of the Western Conference table. We think that Los Angeles will most likely win because they acquired more points than Dallas in the last ten fixtures they played. Dallas also hasn't won a game against Los Angeles since 2018 and they played four matches since then – two were won by Los Angeles and two ended with a draw.

In the tables below, you can see the most recent scores and statistics for the match between Dallas vs Los Angeles on Thursday.

Los Angeles has the advantage of winning a match against Dallas in the last four matches they played together, and they also didn't let Dallas win in any of these matches. Both teams are in bad form, but we are counting on the fact that Los Angeles will feel more comfortable because of the head-to-head history between them. Both teams have injuries on the teams, like Dallas’ J. Nelson who is out with a back injury. For Los Angeles, there are six players out because of different injuries. 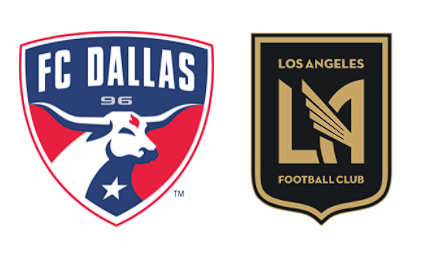 Prevalent Q&As for Dallas vs Los Angeles This Week