This article is for the upcoming Dallas vs Colorado Rapids fixture on the 10th of April and if you want to see the latest betting lines or the best picks for the match, then this is the right place.

These are the three betting picks that our MLS experts came up with regarding the Dallas vs Colorado Rapids match on Sunday. All odds are from BetMGM's platform and are subject to change.

Here, you can check out the latest injuries and suspensions for the Dallas vs Colorado Rapids game.

Dominick Hernandez from Dallas got injured at the beginning of March and won't be able to play this weekend. There aren't any suspended players at this time.

The only missing player from the Rapids this weekend will be Braian Alejandro Galvan because he is out with an injury since mid-March. We don't know of any suspended players at the moment.

We have created the following table displaying Dallas and Colorado Rapids' latest matches, scores, and bookmakers with the best odds.

Colorado Rapids and Dallas will be fighting hard for this win, but will it be a win for either team or a draw, which will put them in the same boat next week? We think that there is a likely chance Colorado Rapids will beat Dallas, like many times in the past, but a draw is also possible. 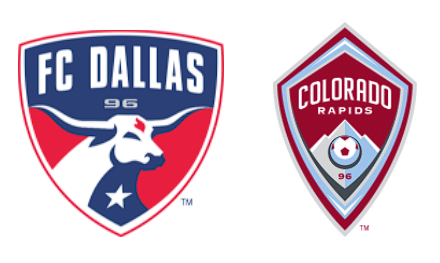