On the 21st of August, Columbus Crew will face Seattle Sounders, and we will give you our best predictions and betting recommendations for the event.

These are the latest predictions and free picks for the Columbus Crew vs Seattle Sounders fixture on Saturday.

Before placing any of these bets make sure to double-check the betting lines on the bookie platform. These betting lines are specifically from BetMGM's platform, which is recommended for this match.

Seattle Sounders are currently at the top of the Western Conference table with thirty-nine points compared to the Crew who are in the middle of the Eastern Conference table. Columbus Crew lost all of their last five fixtures, while Seattle Sounders won or drew four of the last five matches they played. Also, the Sounders won the last three away games they played, while the Crew lost two out of the last three games they hosted.

In the tables below, you can check out the head-to-head stats and data for Saturday's Columbus Crew vs Seattle Sounders.

Seattle Sounders have only four injured players for Saturday, which is another advantage over Columbus Crew that have a total of six injuries. This and the teams’ recent form suggests that the Sounders have a better chance of winning. 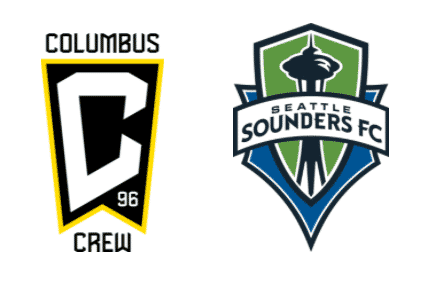