This article is about the best predictions and free picks for Columbus Crew and Los Angeles. If you want to see more MLS predictions and odds, check out our latest articles.

We asked our betting experts to compile a list of the best free betting picks for the upcoming Columbus Crew vs Los Angeles fixture, and they gave us these picks. All odds are from BetMGM and are subject to change, so make sure to double-check them before confirming any bets.

Three of the last five matches for both Los Angeles and Columbus Crew ended with a clean sheet, so we think that it’s very likely that this weekend's game also ends with only one team scoring goals. Out of the two games these teams ever played together, both ended with clean sheets, too.

Latest Lineups and Injuries for Columbus Crew vs Los Angeles

Here, you can check out the latest lineup information about the upcoming MLS game.

The only injured players from Columbus Crew are Kevin Molino who is out with a knee injury since last year and Marlon Hairston who got injured at the beginning of this month.

In the table below, you can check out the most recent match statistics and histories for the MLS match-up between Columbus Crew and Los Angeles.

Our Final Conclusion About the MLS Match This Weekend

Los Angeles is our favorite for this weekend's game against Columbus Crew. The guests are in a better recent form despite their two losses recently against Austin and Colorado Rapids. We also think history will repeat itself for the third time and we will see only one of the teams (Los Angeles) score in the Saturday match. 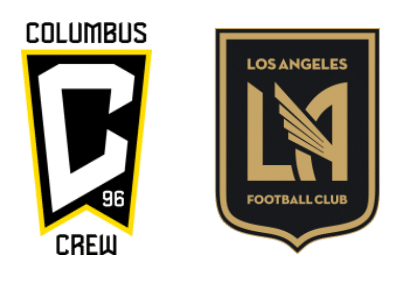 Popular Questions and Answers Regarding Columbus Crew vs Los Angeles